The Foundation launched its work to challenge and develop thinking in 2018 with a two-year “Thought Leader Residency” from Jude Kelly, former Artistic Director of the Southbank Centre and Founder of the Women of the World Foundation. 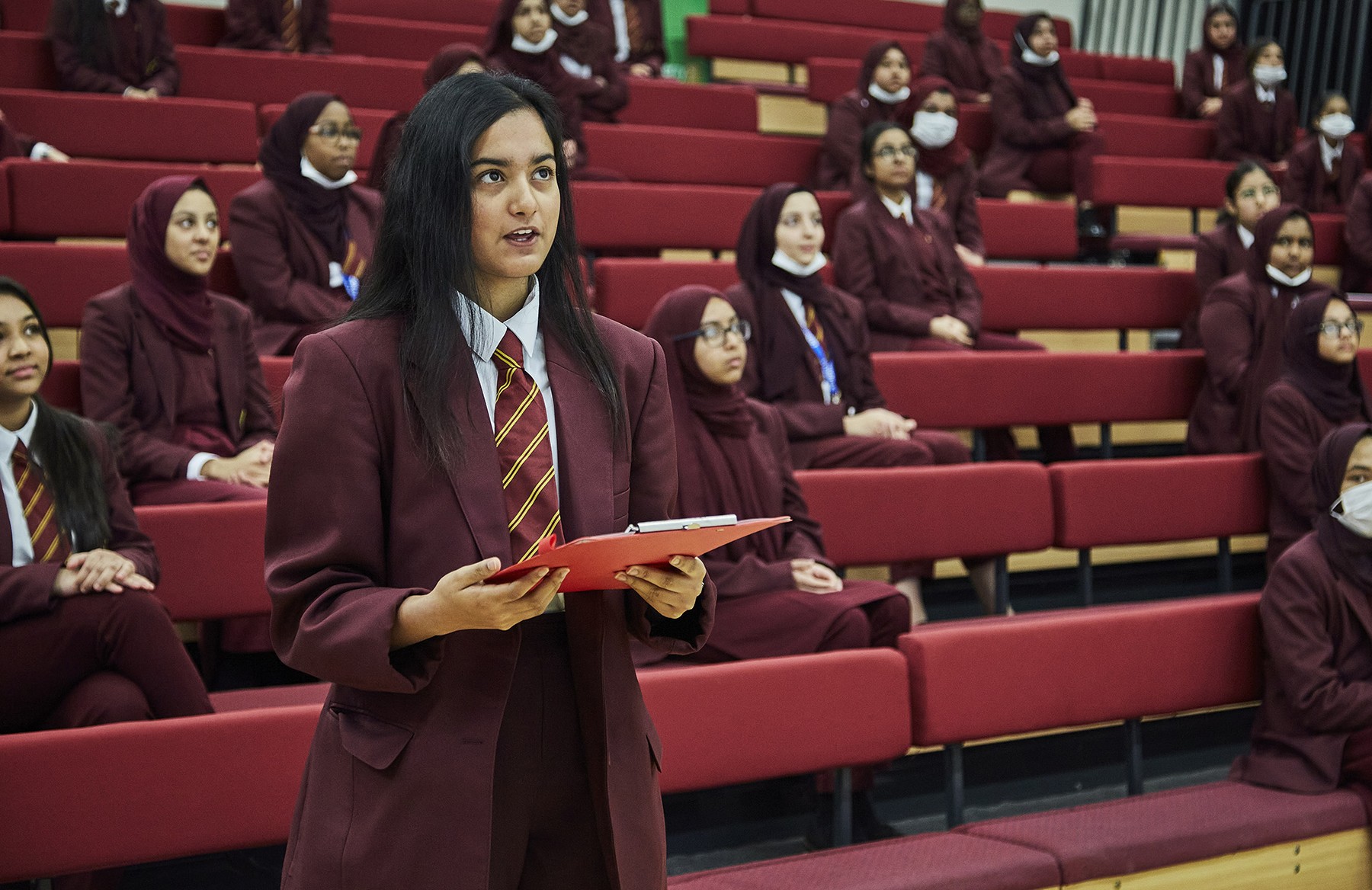 Jude led a series of four events which enabled Tower Hamlets school students to generate, debate and celebrate their ideas and priorities on issues of equality. The sessions focussed on gender equality; race, masculinity and equality; and Britishness and identity. Students met in girls-only, boys-only and mixed-gender groups, with outcomes informing later discussions. The outcomes also fed into a range of events in participants’ home schools where similar debates led by students resulted in commitments to action for change.

Mulberry Schools Foundation will provide residencies for “Thought Leaders” in a range of London/UK locations to generate, communicate and celebrate young people’s ideas and priorities for change in their world.

We must educate ourselves about everything if we want to inspire change for the better.

Jude’s moderation of discussions was skilful and gave students lots of room to discuss potentially controversial issues in a very sensitive and safe environment.

The trouble with Mulberry students is that there can only be one Prime Minister.